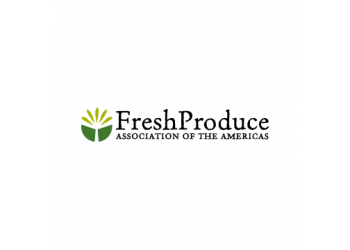 In a recent letter to the U.S. Trade Representative, Rubio and Scott, who are Republicans, asked the Biden Administration to open a trade investigation on Mexico’s fresh fruit and vegetable sector.

The timing of the petition suggests election-year politics are at play, according to the Fresh Produce Association of the Americas. BB #:144354

Rubio and Scott vaguely accuse Mexico of a “multi-decade export targeting scheme” involving protected agriculture, or produce grown in greenhouses, shadehouses and other structures. In fact, protected agriculture is simply not economically feasible in Florida, due to the humidity and constant threat of hurricanes and tropical storms that historically have knocked over such

structures, according to the Fresh Produce Association of the Americas.

“A real reason Florida’s producers continue to lose market share is because they fail to innovate in new varieties and growing technologies, and consumers have spoken at the supermarket,” said Lance Jungmeyer, President of the FPAA.

“U.S. produce suppliers look to Mexican protected agriculture to augment their fresh produce supplies, and these higher quality, flavorful varieties check off all the boxes for what consumers value. U.S. importers offer the colorful varieties and better cosmetic appearance and flavor profiles that consumers demand, plus they are grown with minimal chemical inputs in an environment that conserves water use.”

“Florida and U.S. companies importing from Mexico have competed for generations during the winter and spring months, and that is not going to change. You can count on that,” Jungmeyer said. “You can also count on the fact that every election cycle, Florida politicians will dredge up the same tired complaints, which ignore the market dynamics.”

Consumers so prefer Mexican fresh produce that Florida based companies have made significant investments in greenhouses and shadehouses in Mexico.

“Senators Rubio and Scott should look at the fact sheet, which shows that Florida is the Number 4 state for directly importing Mexican fresh produce, behind Texas, Arizona and California. It’s a really big business for Florida firms, and the reason is Florida field-grown produce does not arrive to market at the same level of quality as Mexican produce,” Jungmeyer added.

A study from the University of Florida [1] affirms the difficulties in growing tomatoes, peppers and other fresh fruits and vegetables due to the extreme humidity, insect pressure, poor soil quality, and extensive need for chemical inputs. Florida growers also are challenged by the limited availability of agricultural workers and real estate development pressures as farmland gets urbanized and subdivided into housing developments.

These are many reasons you see large Florida farming operations investing millions of dollars in growing operations in Mexico, Tennessee, and Canada to name a few. And the predatory practices of Florida marketers upon their own Florida growers is also well known. Blaming Mexican fresh produce imports may score political points but ignores the very real short-comings facing Florida growers that have nothing to do with Mexican imports.

The Florida Senators also rehash the same debunked myth of outrageous Mexican subsidies. Both Mexico and the U.S. are allowed to subsidize agricultural production under WTO, and Senators Marco Rubio and Rick Scott fail to mention that Mexico only spends approximately 2% of the amount allowed compared to 41% of the U.S. in the same period [2]. The subsidies spent in

the U.S. are staggering compared to Mexico’s total investment.

American consumers are already struggling with inflationary pressures, and the trade actions sought by the Florida Congressmen will further exacerbate them if tariffs are imposed to increase the cost and reduce the availability of fresh produce.