The variety of vegetables consumed has expanded, USDA report says 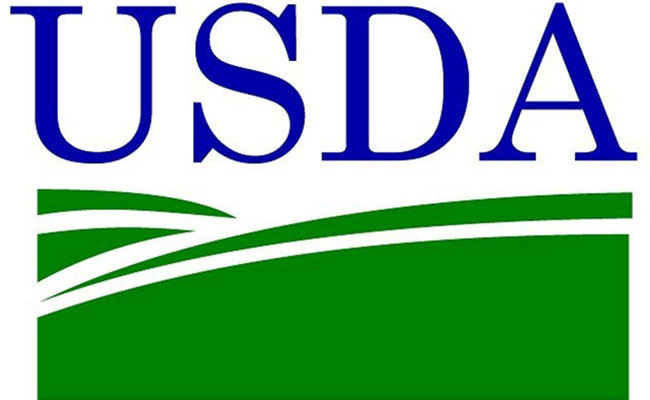 The variety of vegetables that Americans eat has expanded in the last 20 years, according to a new U.S. Department of Agriculture report. 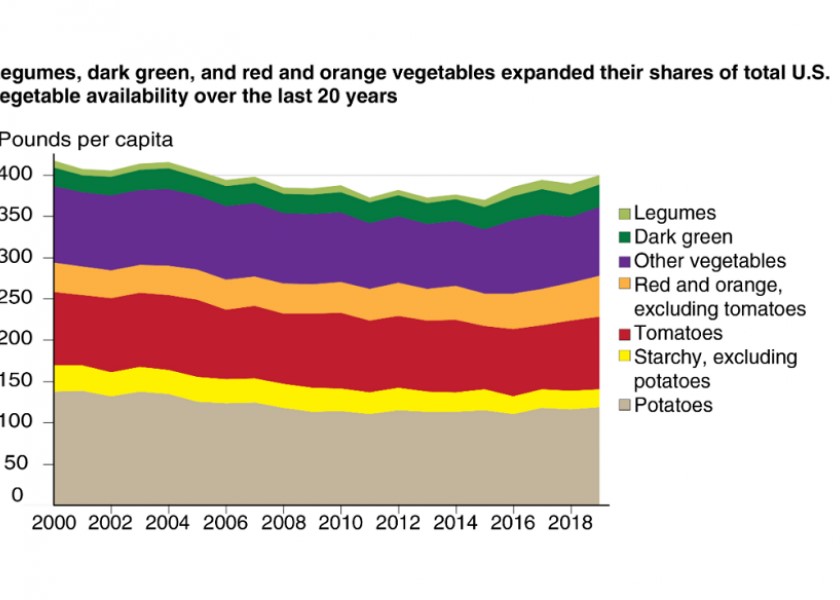 The report, from the USDA’s Economic Research Service, said that from 2000 to 2019, dark green vegetables, red and orange vegetables (excluding tomatoes), and legumes increased their combined share of the vegetables available to eat in the U.S. from 16% to 22%.

Researchers said the total amount of vegetables available decreased by 4% from 417.4 pounds per capita to 400.1 pounds, coming off the low of 369.6 pounds in 2015. The USDA’s food availability data for vegetables include fresh, frozen, canned and dried forms, all measured in fresh-weight equivalents, the report said.

Other vegetable subgroups posted increases in supplies available to eat between 2000 and 2019, the USDA. The red and orange subgroup (minus tomatoes, for which the USDA said availability has remained flat) had the largest increase in availability, growing from 35.1 pounds per capita to 49.0 pounds.

“In terms of growth in availability, sweet potatoes, chile peppers, and bell peppers were the leaders,” the report said.

The increase Increased availability of dark green vegetables from 2000 to 2019 — led by a 47% jump in romaine and leaf lettuce — added variety to American’s vegetable choices, the report said.

Higher supplies of kale, spinach, and broccoli also helped boost availability of dark green vegetables from 21.7 pounds per capita in 2000 to 27.5 pounds in 2019, the report said.